The Zinzendorf schools have been around for 214 years Introduction of the arts option to the general education Gymnasium. Establishment of the Fachschule for social care (residential child and youth care training). On the occasion of the schools’ two hundred year anniversary, the Zinzendorf Schools stage Leonard Bernstein’s musical Westside Story, easily filling the largest hall in the area on four evenings. Enthusiastically received by the public and the press.

As one of the first school buildings constructed using the passive construction method, Katharina von Gersdorf House serves as a model of ecological construction nationwide. Inauguration of the Jan Hus House with two music rooms, an art room and technology classrooms. Establishment of the Wirtschaftsgymnasium specialising in business and economics. The newly built Christian Renatus House is opened as the boarding house for students attending the vocational Zinzendorf Schools. Today it houses the canteen and the Learning Campus.

The Zinzendorf Realschule (secondary school) is set up. Establishment of the Fachschule for social education (nursery teacher training).

The Berufsfachschule offering a two year course in home economics and nutrition is set up.

The Gymnasium (grammar school) specialising in home economics and nutrition (grades 11 to 13) is set up. This educational track is discontinued in 1991.

The Berufsfachschule (technical vocational college) offering a one year course in childcare is set up. It operates until the summer of 2012.

The new sports hall is inaugurated on 1 December. On 17 January the new boarding house building, Spangenberg House is opened. Less than a year before, it is destroyed in a fire.

The Fachschule (technical/specialised school) for housekeepers is established and exists for 30 years.

After attending levels I and II of specialist classes for women, the girls can sit examinations to become housekeepers or go on to train as vocational teachers. This branch of the school runs until 1972.

The domestic science school is re-opened and runs until 1968.

The girls’ boarding school is closed because the headmaster and staff do not want to submit to the threatened nationalisation. From the autumn of 1943 boys and girls are taught together. The school is awarded state accreditation.

The newly built sports hall located opposite the boys’ boarding house in Mönchweilerstraße is inaugurated. It is used not only as a venue for sport but also for a variety of local events including as a cinema. It is demolished in March 1984. In the place where the Jan Hus House stands today, a former storehouse is converted into a school building with physics and chemistry labs, two classrooms and a teacher’s apartment. A domestic science school with a teaching kitchen is set up at the instigation of Grand Duchess Luise von Baden. In 1939 it receives state accreditation but four years later the Brethren decide to close it to forestall closure by the Nazis. The girls’ room in the Sisters’ House is the forerunner of the vocational Zinzendorf Schools. One year after the girls’ boarding school is established it is able to move into the recently completed first part of the Sisters’ House (today the Erdmuth-Dorotheen House).

The girls’ boarding school is established shortly after Königsfeld was founded. This, together with the boys’ boarding school established four years later, is the forerunner of the Zinzendorf Schools, a group of schools offering a general education. Five girls from Württemberg live in two rooms in the ‘Gemeinlogis’. 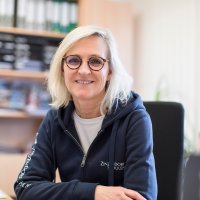 Questions? We are happy to help!

Discover how our boarding houses provide a place in which young people feel happy and safe and where they can discover new interests, develop their potential, experience community life and achieve academic goals.

Benefit from our experience, which dates back over 200 years, in nurturing young people as individuals to help them realise their full potential.

Please do not hesitate to contact us.
We look forward to meeting you and your daughter or son.